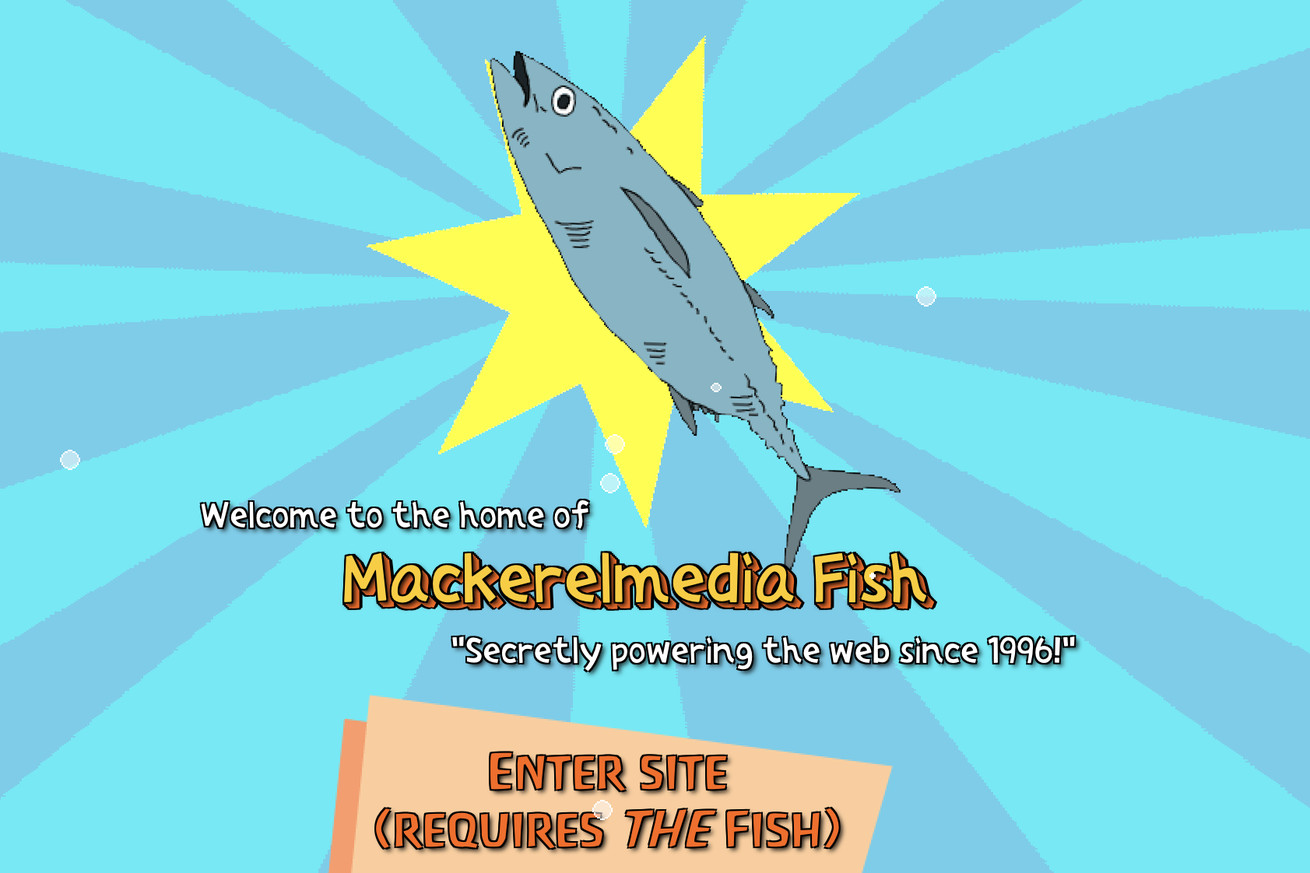 Have you installed the latest version of Mackerelmedia Fish? No, not Macromedia Flash. Mackerelmedia Fish. The piscine rich media plugin, created by experimental game designer Nathalie Lawhead, used in projects like the hacking tool Haxatron 2000. A relic of an era where social media hadn’t eaten the internet, amateurish weirdness was the norm, and visiting a website might involve clicking through an endless series of arcane installation screens. The website is still online, but if you click the wrong link, you may be eaten by a grue.

Lawhead, known for projects like Tetrageddon Games and Everything Is Going To Be OK, explains a little more about Mackerelmedia Fish on her blog. It’s a short and surreal game about digital archaeology, loss, and that feeling of searching through a once-lively destination that’s slowly falling apart. The page is a pure dose of nostalgia, but the kind that’s melancholy rather than comforting — like visiting your old hometown and finding all its store windows boarded up.

Rather than purely simulating software in the vein of old-internet game Hypnospace Outlaw, Mackerelmedia Fish is framed by fourth-wall-breaking prose and a story that blends a “real” desktop with adventure game conventions. You will play part of the game in a page directory and befriend a link-eating rodent. “The point really is about exploring a short story that’s about the loss of digital history,” writes Lawhead.

You can have fun just clicking around the website, but as Lawhead notes, there are some clear mechanical goals — and it’s worth actually pushing forward through the story, too. Your computer may just end up with a new friend.